Overwatering is number one reason of killing house plants. It cause roots to rot and eventually affected plant will die. Unfortunately whether a plant is under stress of overwatering or underwatering often is not obvious and plants may show same symptoms for both conditions. It deceit people that plant is underwatered and and they just water more which hurts plant more. And it's why dealing with overwatering can be hard. 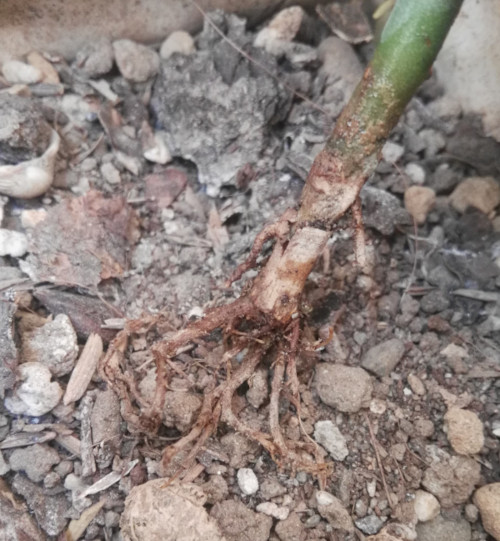 In this post I talk about cost-free methods that helped me so much in past year to grow healthier plants mainly by avoiding overwatering. Let start review what's evil in overwatering and why It's so deadly!

Why is overwatering so harmful exactly?

Anybody who have lost two or three of their beloved plants and investigated for possible causes, probably reached somewhere saying about overwatering and root rot like:

This plant prefers a little bit dryness between watering schedules

These sentences as much as aesthetic they look, are ambiguous. Of course the reason overwatering can be so deadly is the simple fact that the plants need water, oxygen and nutrition almost at the same time. Roots are not the only organ that absorbs these but it's an organ that if fail to to get them, plant will die soon. Roots get nutrition dissolved in water but they get oxygen directly from air (I'm not talking about aquatic plants). If plant is watered so much, that root is surrounded by water or if soil became so wet that tiny gaps in soil is blocked by water and there is no way for roots to contact air, it naturally would be suffocated!

Just thinking as overwatering this way, helps to reason properly and make better watering habits that i will talk about. If you draw a mental picture about your plants during watering and how overwatered situation is just imagine the plant as being drowned in water or getting suffocated in a closed room and not some creature that prefers or hates dryness or moisture; Because latter reasoning is inaccurate and might be deceptive on situations. Biological need that i mentioned doesn't differ much whether it's hot summer or a rainy night but if you think about preference or likeness you may act improperly.

How to not overwater?

Good news is we can avoid overwatering by making some watering habits. After killing many plants I found the key is one fact that is expressed by a well-known term among software developers: What you see, is all you get! WYSIAYG!. The concept is easy: Don't get fooled by what you see!

0: Make drainage whole in your container

1: Do not just pour water on soil

Considering nature, do you think trees and plants like flood or rain more? Forests are come from lands under rivers or where it just rain more? We probably rain is better than flood for plants, but we may water them like we are simulating a flood!

Let follow mother nature and water house plants like they are under rain. It's easy to do so by using a plastic water bottle with tiny holes in its cap. Now when watering, keep in mind WYSIAYG: we should avoid filling gaps between soil particles, so water just as much as surface of soil is moist. And do it uniformly. If we just pour water, it's possible that water go to a tunnel in soil which may end up to a blockage and cause overwatering or go directly to drainage and come out of container and cause underwatering. Both are possible and WYSIAYG, so it's good to water uniformly, like rain! 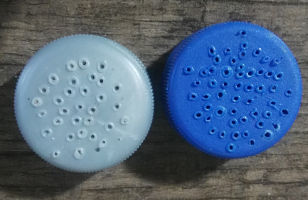 2: Write down when and how much you watered

Just don't trust in what you see. You may love your plants and express this love with watering. You may see surface of soil and find it too dry, but one inch bellow, it's wet. You even may put your finger in soil and feel it's dry but your finger is just three or five inches and soil contacting with plant roots may be totally wet! Just write down everytime you water your plants and write how much you watered. Everytime I water my plants, I write the date and a word (Low, Medium or High) to remember how much I watered. Maintaining such information is very easy and gathering this information makes you know your plants better. That information is also useful when you ask someone to care for your plants for a while; just give them the records or look at records and tell them how often water them. 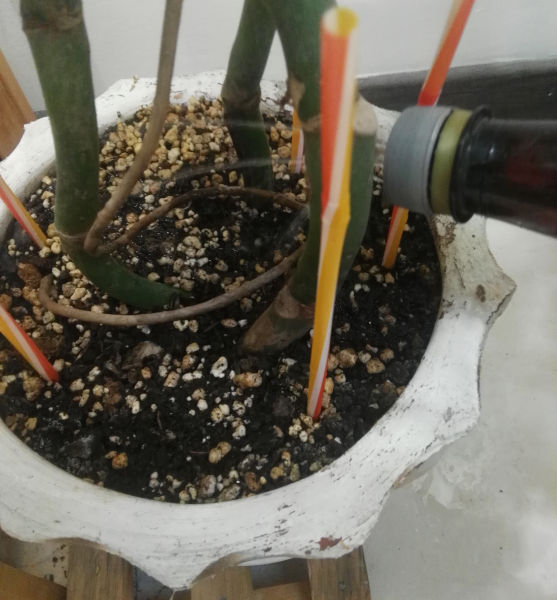 There is a widely accepted myth that putting Gravel or small stones at bottom of container, helps drainage but it's misleading. While water start faster to come out from a container that has chunks bigger than soil particle at bottom, the soil itself is more saturated in those containers. WYSIAYG! Remember saturation is what should be avoided not just being moisture. This video depicts the effect of using gravel.

I come to this method by thinking more about WYSIAYG and I think this one helped me very much for plants that I was most afraid of overwatering them! I put a drink pipe in tall or clay containers and I think it's useful for several reasons: 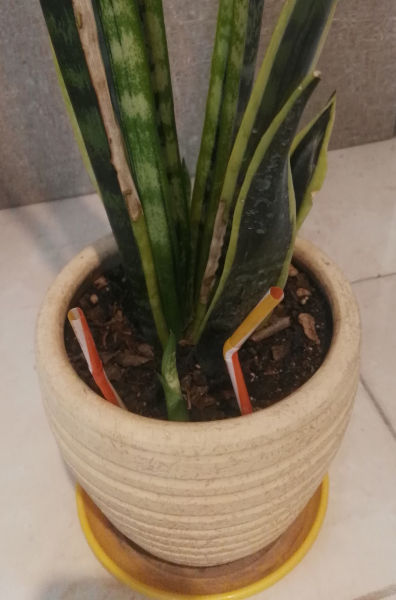 5: It's better to act than to ignore

Let say you did everything you knew to avoid overwatering and still some plant got affected.. To my experience, plants don't recover by themselves after being overwatered and while it's stressful for them to be repotted at this point, I found it more helping than just ignoring the situation.

And one thing you may think about if situation is severe, is to propagate plant. Plant's need Auxin for rooting and they have Auxin in leaves and stem even if root is just died. It may bring new life to your plant (well, maybe I should call it your new plant) if you propagate them at this point! 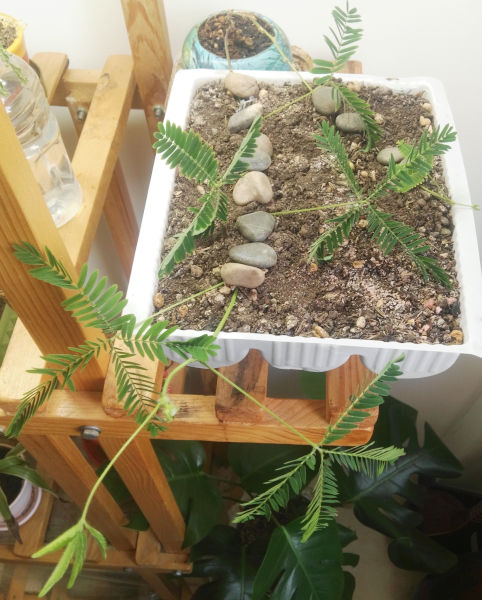